Clearing your DNS cache might be required in case you are having issues with Internet connection. In the article down below, complete method to clear your DNS cache on Windows 11 has been shown, yet the same steps can also be applied in Windows 10, Windows 8.1, and older Windows versions.

In the DNS cache, IP addresses of web servers which contain websites visited by you in recent times are stored. When a webpage is accessed for the first time by the user, the website’s DNS cache files are stored by the operating system. So as to execute future requests more rapidly, IP addresses and other DNS records are cached by the Windows.

While the traffic is so high, the load on the DNS server is reduced by the execution of caching the DNS. The DNS cache files will keep answering content requests without going through the DNS server until they are invalid.

As soon as the DNS cache turns out to be outdated or corrupted, it can cause the errors and security flaws. As a result, if you’re experiencing issues with Internet connection, getting errors such as error 404 due to a moved site name or host, not able to access particular sites, in these cases, you might want to delete your DNS cache.

You may also like to clear your DNS cache so as to prevent search behavior from being tracked as the cyber criminals can guess your browser history using the data stored in the DNS cache. In addition to that, you can also avoid DNS spoofing and guard your private or sensitive information, such as login credentials by flushing your DNS cache.

Method to Perform a DNS Flush 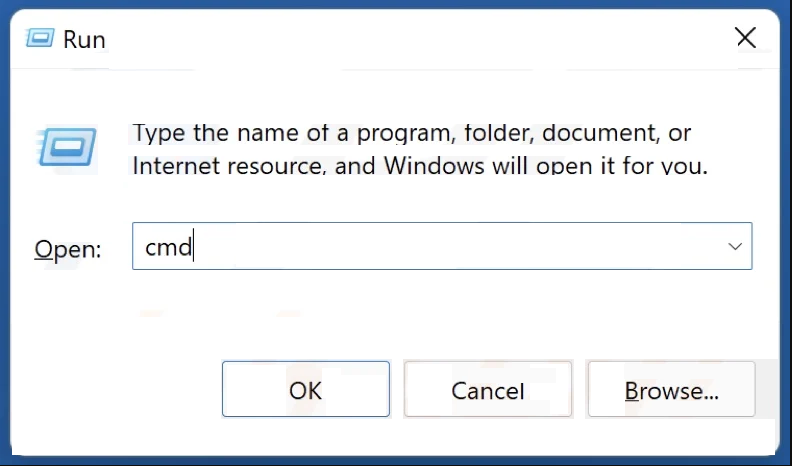 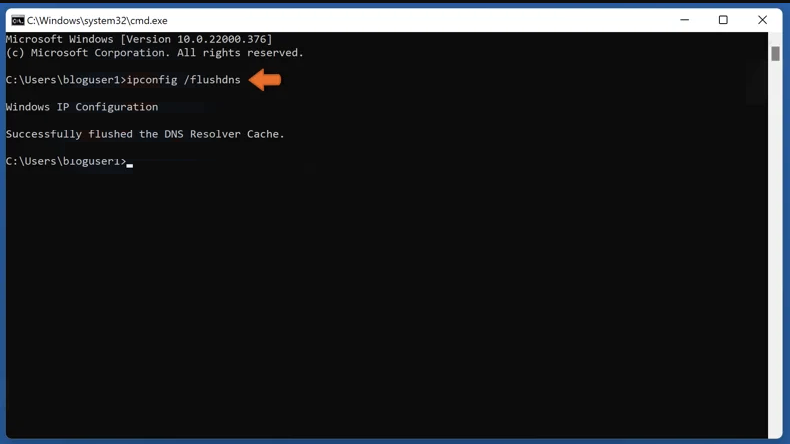 Hopefully the above article helped you clear your DNS cache on Windows 11, or even if are working on Windows 10, Windows 8.1. If you haven’t performed the task so far but having issues with Internet connection, you should definitely accomplish this by going through the each above step carefully to get rid of the troubles.

MalwareFixed.Com is a one stop security portal allowing users to be informed of all latest digital threats and updates. Our all information and updates are provided by professional security practitioners, and can be relied to secure your digital world.

We use cookies on our website to give you the most relevant experience by remembering your preferences and repeat visits. By clicking “Accept All”, you consent to the use of ALL the cookies. However, you may visit "Cookie Settings" to provide a controlled consent.
Cookie SettingsAccept All
Manage consent

This website uses cookies to improve your experience while you navigate through the website. Out of these, the cookies that are categorized as necessary are stored on your browser as they are essential for the working of basic functionalities of the website. We also use third-party cookies that help us analyze and understand how you use this website. These cookies will be stored in your browser only with your consent. You also have the option to opt-out of these cookies. But opting out of some of these cookies may affect your browsing experience.
Necessary Always Enabled
Necessary cookies are absolutely essential for the website to function properly. These cookies ensure basic functionalities and security features of the website, anonymously.
Functional
Functional cookies help to perform certain functionalities like sharing the content of the website on social media platforms, collect feedbacks, and other third-party features.
Performance
Performance cookies are used to understand and analyze the key performance indexes of the website which helps in delivering a better user experience for the visitors.
Analytics
Analytical cookies are used to understand how visitors interact with the website. These cookies help provide information on metrics the number of visitors, bounce rate, traffic source, etc.
Advertisement
Advertisement cookies are used to provide visitors with relevant ads and marketing campaigns. These cookies track visitors across websites and collect information to provide customized ads.
Others
Other uncategorized cookies are those that are being analyzed and have not been classified into a category as yet.
SAVE & ACCEPT